Back to News
October 6, 2020Warning - this news article expired on 2020-11-06. Information may no longer be accurate or applicable

Belleville, ON – On 3 October 2020, at 2:40 p.m., police responded to a North Front Street business regarding a theft. Police were advised that an unknown suspect had entered the employee area of the business where he cut locks on the employee’s lockers stealing wallets, credit cards, and debit cards. The suspect then used several of the cards to purchase items at nearby businesses including the Quinte Mall.

Police believe the suspect in this incident is also the suspect in a similar theft that occurred on Front Street on 4 October 2020. The same suspect is also believed to be involved in similar thefts in the Kingston area. Pictures of the suspect have been obtained, and police are asking anyone with information to contact the Belleville Police at 613-966-0882 ext 2211 or Quinte Crime Stoppers at 1-800-222-8477. 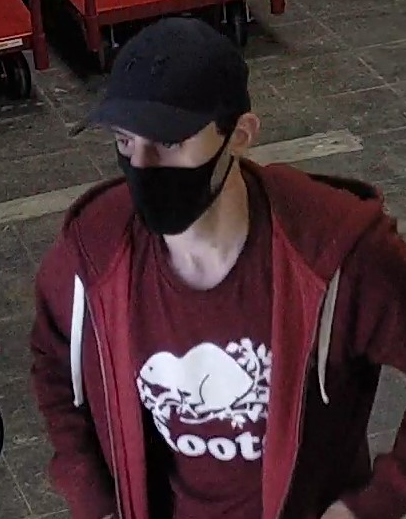 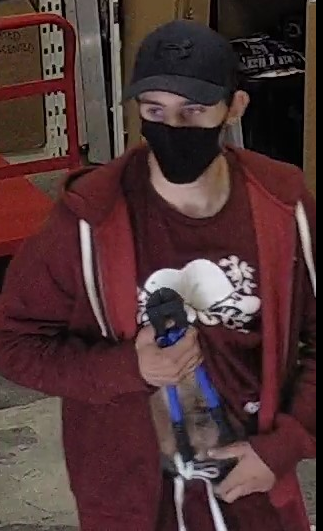 Assault with a weapon/ breaching conditions

Belleville, ON- On 5 October 2020 at 3:15 p.m., police responded to a disturbance at a North end address. Police were advised that an intoxicated female was knocking items off the shelf and threatening staff with tools. Police located the female upon arrival, and she was arrested. The 33-year-old female from Gilmour was also on conditions of release stemming from previous charges not to consume alcohol or be away from her residence without her surety. The female was charged with assault with a weapon and failing to comply with her release conditions. She was held for a bail hearing.

Moose on the Loose

Belleville, ON-  In the evening hours of 5 October 2020, police received calls regarding a moose in the area of Highway 37 and Cannifton Road North. The moose was originally seen near the Black Diamond Cheese facility, and later was reported in a back yard on Cannifton Road North. Officers checked the area, but the moose was not located. Belleville Police are asking residents and motorist in the area to be aware of the moose and to use caution.