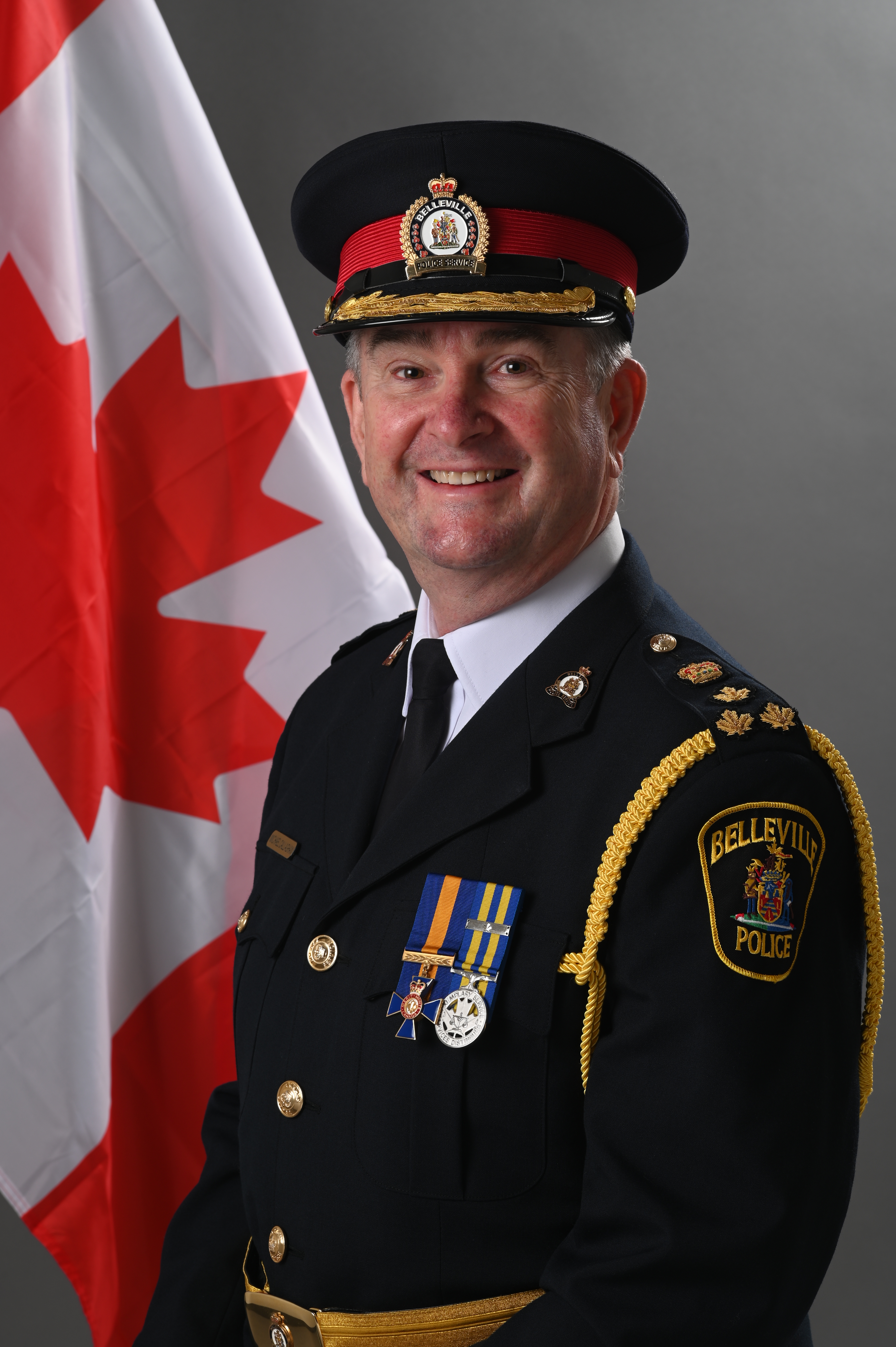 While a member of the Identification Section, he brought in the Chemical Biological Radioactive Nuclear Explosive (CBRNE) Team and was published in the American Medical Journal for his work around anthrax dispersion rates. Mike was seconded to the Department of Foreign Affairs and International Trade to work on their internal security logistics for the 2010 G8 & G20.

Since joining the Belleville Police in January of 2016, Mike is actively involved in new initiatives including the first COPSHOP program held in December of 2016.  Mike was the past Chair of the Ontario Association of Chiefs of Police for the Training, Education & Professional Development Committee and received the Governor General’s award of “Officers Order of Merit” in 2019.  Additionally, Mike has two sons, Josh and Shamus who are police officers in Ottawa.