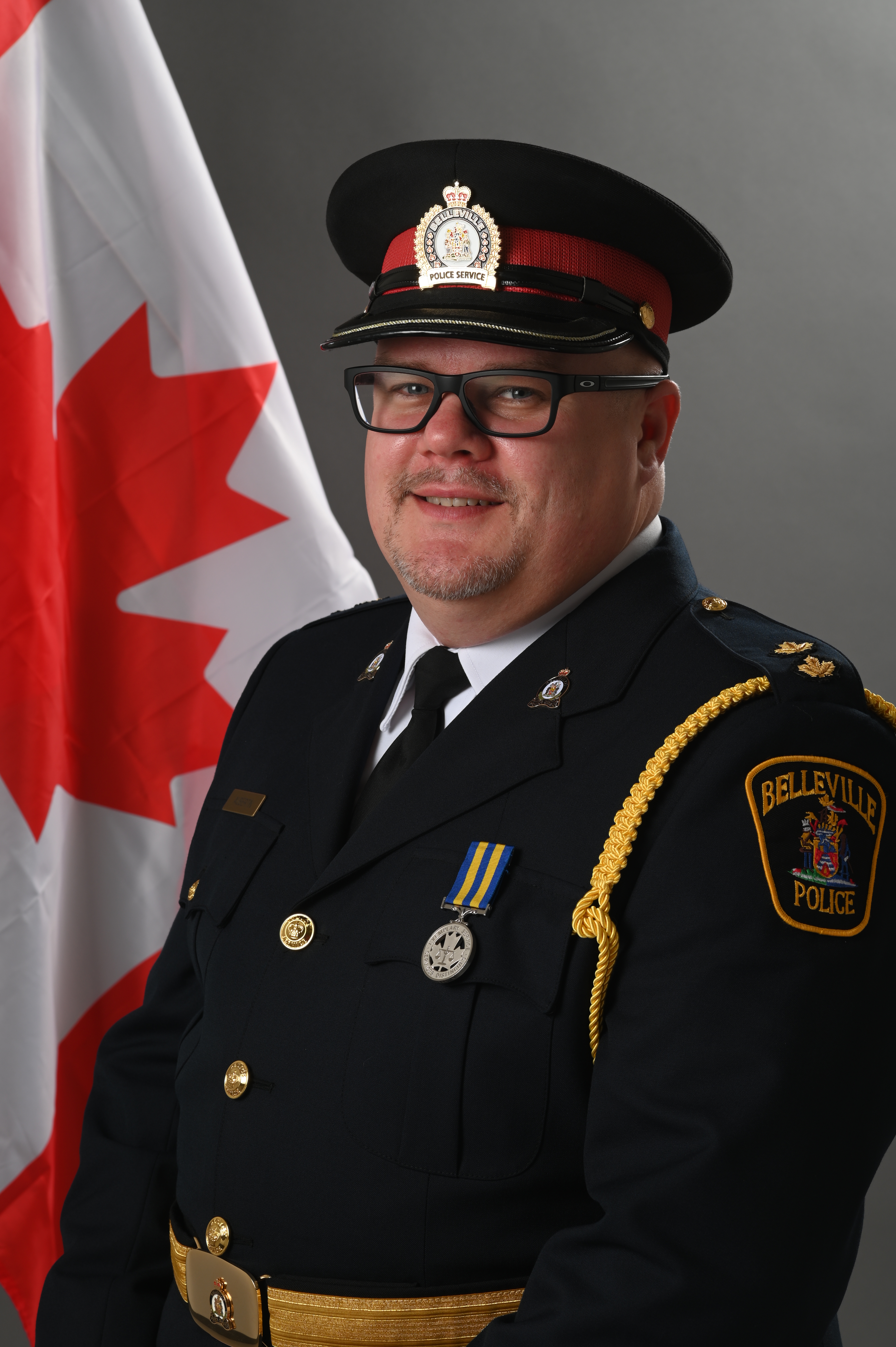 Inspector Rene Aubertin was raised in Malton Ontario, moving to Belleville before high school. He graduated from Bayside Secondary School and went on to attend Loyalist College where he graduated with a diploma in Law and Security Administration. Inspector Aubertin began his policing career with the York Regional Police in 1999 and was hired by the Belleville Police Service in 2001.

Inspector Aubertin worked general patrol until 2005 when he was assigned to the Criminal Investigations Division as a Detective Constable. From 2005 until 2010, he investigated frauds, sexual assaults, robberies, and other major crimes against persons. In 2010, Inspector Aubertin returned to front-line policing as a Coach Officer and Scenes of Crime Officer. In 2012, he moved to Community Response Unit where he was the Community Resource Officer and managing the Community Policing Volunteers as well as the Auxiliary Officer program.

In 2019, Inspector Aubertin received the Police Exemplary Service Medal, which recognizes police officers who have served in an exemplary manner for over 20 years. In 2020, he was certified as a Level 3 Police Professional by the Ontario Municipal Management Institute.

In 2021 he was promoted to the rank of Inspector and assigned to the role of Inspector of Operations responsible for all front-line operations including patrol, emergency response, and K9.