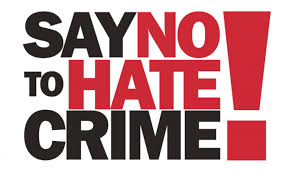 A hate crime is a criminal offence against a person or property that is based on:

If you have been the victim of a hate crime

It is an offence to support or promote genocide. Genocide is the systemic elimination of a group of people who are of the same race, religion, ethnicity, sexual orientation, or any other similar factor(s). This includes: