Belleville, ON – On May 21st, 2020 at approximately 9:00 a.m. Belleville Police were notified of a heated domestic dispute in progress at a residence in the central core of the city.  Police were notified by the victim upon arrival that the suspect had taken off in an unknown direction but were given a description.  The officers spent the day and part of the evening searching for the suspect after they provided the victim with a safety plan.

Police located the suspect just after 9:00 p.m. in a vehicle in the South end of the city where he was taken into custody.  The 27-year-old Belleville man was held in custody on the following charges;

The accused will appear before a Justice for a Show Cause Hearing on May 22nd, 2020 at 11:00 a.m. at the Belleville Ontario Court of Justice.  The identity of the accused can not be released to protect the integrity and identity of the victim involved.

Belleville, ON – On May 21st, 2020 at approximately 9:45 a.m., city police officers were patrolling a residential area in the South West end of the city when they noticed two suspicious males hanging around a convenience store.  The officers parked their vehicle and made their way towards the convenience store as one male walked away and the other male entered the store.  The suspect who entered the store was familiar to the officers and known to have an outstanding warrant for Breach of Probation.  Officers arrested the suspect in the store and located a quantity of crystal meth on his person.

The 37-year-old Belleville man was charged with the Possession of Crystal Meth along with his Breach of Probation warrant and was held in custody for a Show Cause Hearing that occurred on May 21st, 2020 but was remanded over to May 22nd, 2020.

Belleville, ON – On May 21st, 2020, city police were notified of a theft of commercial tools from a company vehicle in the north industrial park area.  Police say that sometime between May 15th, 2020 and May 20th, 2020, unknown suspect(s) broke into a company vehicle parked in an open company compound yard off of Adam St in the city’s north east end.  Approximately $2500 worth of commercial tools were stolen out of the vehicle.

Belleville, ON – On May 21st, 2020 at approximately 12:15 p.m., city police conducted a traffic stop for Highway Traffic Act violations downtown at Bridge St. E. and Front St.  After identifying the driver, officers learned that arrest warrants existed for his arrest out of the Peterborough area.  The 24-year-old driver was taken into custody and turned over to the Northumberland OPP.

Belleville, ON – On May 21st, 2020 around 1:30 p.m., Belleville Police received calls about a male jumping in front of vehicles in the plaza parking lot on the corner of Bridge St. W. and Sidney St.  When officers arrived on scene they confronted the gentleman and after calming him down realized that he was suffering from some mental health issues.  Police were able to assist the gentleman and transport him to a local support service where he could receive some care.  There were no injuries or damage to vehicles sustained in this incident.

Belleville, ON – City Police are reporting a missing youth from an East end foster home and asking for any assistance to locate from the community.  Fifteen-year-old, Matthew Huey is missing and described as 180 cm tall, 68 kgs in weight with light brown hair and blue eyes.  Clothing descriptions were unknown at the time Matthew went missing.  He was last seen on May 21st, 2020 at 4:00 p.m. in the East end of the city.  If anyone sees or knows the location of Matthew, they’re asked to call the Belleville Police at 613-966-0882 ext 2211. 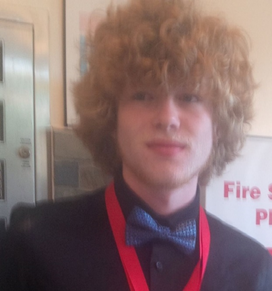