Back to News
August 17, 2020Warning - this news article expired on 2020-09-17. Information may no longer be accurate or applicable

Belleville, ON- Sometime between Friday 14 August and the morning of 15 August, a bicycle had been stolen from a Highland Avenue address. The bicycle (pictured below) is described as a bright blue “Kona” with yellow writing and a red water bottle holder. The bicycle belonged to a 9-year-old child who had won it for being the top fundraiser for a Belleville General Hospital Foundation event. Anyone with information about the bicycle is asked to contact Sgt Kyle King at kking@police.belleville.on.ca 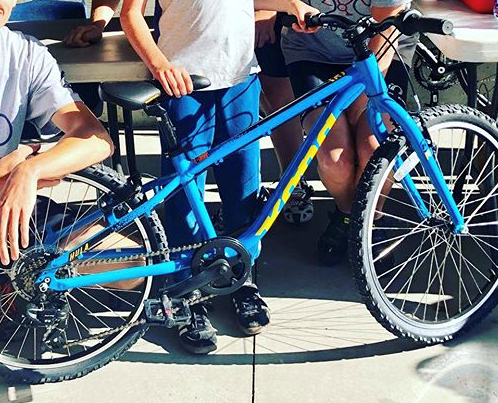 Belleville, ON – On the 16th of August 2020, at approximately 9:00 p.m., officers attended a downtown address regarding a female screaming in the halls of the residence. upon arrival, officers quickly determined that the female was heavily intoxicated due to the consumption of alcohol. A 45-year-old Belleville woman was arrested for her own safety and later released on a Part I offence notice, for being intoxicated in a public place.

Belleville, ON – On the 16th of August 2020 members of the Belleville Police took a report of a stolen vehicle that was taken from a University Ave. business parking lot.  The motor vehicle was stolen sometime between 8:45 pm on the 16th of August and 1:15 a.m. on the 17th of August 2020.  Stolen, was a black 2018 Hyundai Santa Fe. If anyone has any information with regards to the theft, or the whereabouts of the vehicle they are encouraged to call The Belleville Police at 613-962-3456, or Crime Stoppers.

Mischief and Thefts from Vehicles

Belleville Police have seen a recent surge in reports of thefts from vehicles and mischiefs to property during the evening and early morning hours.  Belleville Police are continuing to remind the public to ensure that they lock vehicles and when possible, bring items of value inside overnight.